The Lore of Grace Anne Braxton

Grace Anne will again return to the national stage at the 2022 USA Games in Orlando, Florida.

The speaker is Grace Anne Braxton, and she is doing two things she is very good at doing. One is playing golf: In the Special Olympics universe, she is royalty. The other is talking to her golf ball; in this case, the ball listens and stops short of a fairway trap.

Braxton, 50, turns to her partner for the day with a sage piece of advice: “If you talk to the ball, it goes where you want.”

If only it was that easy.

When Grace Anne Braxton talks, the golf ball listens. Struck by her driver, it soars 180 yards down the middle of the fairway. Whacked again by a 3-wood or 20-degree hybrid, it whizzes its way to the green. Two putts later, it’s another par. On this mid-May day, she will shoot 38 with two consecutive birdies on the front nine at Fredericksburg Country Club, her regular course. Some drizzle will lead to 42 on the back nine for a final score of 80 – even par, given her 8-handicap. Ho-hum.

Except that nothing is ho-hum for those lucky enough to play a round with Braxton. This time, it’s a Special Olympics Virginia staff member and volunteer, as well as her father, H. Harrison Braxton Jr., who taught her the game but was long ago fired as her partner, caddy and coach. The two have a heartwarming relationship that includes compliments, advice and good-natured ribbing. When their balls both slide backwards into a bunker, Grace Anne smiles and says, “Like father, like daughter.”

She has been playing the game for more than 30 years, and she is dead serious about her skills. She records not just her scores on each hole but the number of putts, fairways hit, greens reached in regulation, and bunkers cleared. The results are sent to her coach in Alaska, who studies them and advises her on what she needs to improve. From the looks of things, not much. While playing in 2019 in Scotland (“That thing was fantastic,” she says of The Old Course at St. Andrews), her caddy nicknamed her “Automatic.”

But between shots, Braxton has a mirthful attitude. Her golf balls have personally drawn happy faces. Her golf glove is marked in blue to remind her how the club should be gripped. Her driver is draped in a pink dragon cover. She does not grace the golf course without her trusty banana. Superstitious? Nope, just health-conscious. And when a shot goes awry – as it did in the rough on the third hole that recent day – she does not get discouraged. “I’ll try something else,” she says breezily. “Think I should try my 7-iron.” The ball flies to the center of the green.

“Grace Anne may have an impairment,” her father marvels over mushroom soup between the front and back nines. “She doesn’t make it a disability.”

Her competitive drive (not to mention her pitches and her putts) has taken her around the country and the world for Special Olympics and other tournaments featuring diversity and inclusion. Shanghai in 2007, where she won gold. Athens in 2011 for gold again. Abu Dhabi in 2019, where she competed against male golfers but still won silver. (“It was windy there, and you had to adjust your swing to the wind all the time,” she says.) Along the way, she has become a two-time U.S. Disabled Golf Association women’s champion and a member of the Virginia Golf Hall of Fame.

“No one at the World Games has ever come within 25 shots of her,” marvels Rick Jeffrey, president of Special Olympics Virginia, in reference to other women golfers. “She’s always paired with the guys, because none of the females can play with her.”

No matter where she’s playing, Braxton is not intimidated. One bit of Grace Anne lore stems from a national tournament in Port St. Lucie, Florida, where she arrived at the 18th green with a two-stroke lead. She was some 140 yards from the green, which was guarded by sand and water. Her caddy told her to lay up. “I fired him right on the spot,” she says of her father, who was a scratch golfer long before becoming a lawyer and judge. She took out a 7-wood and landed on the green for par. 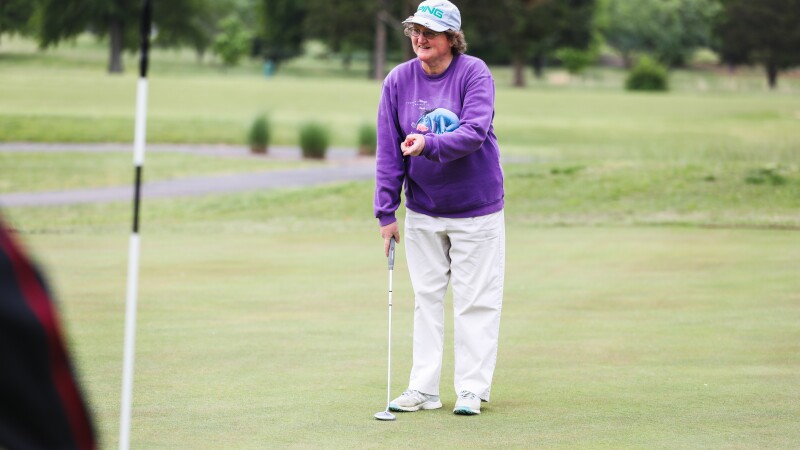 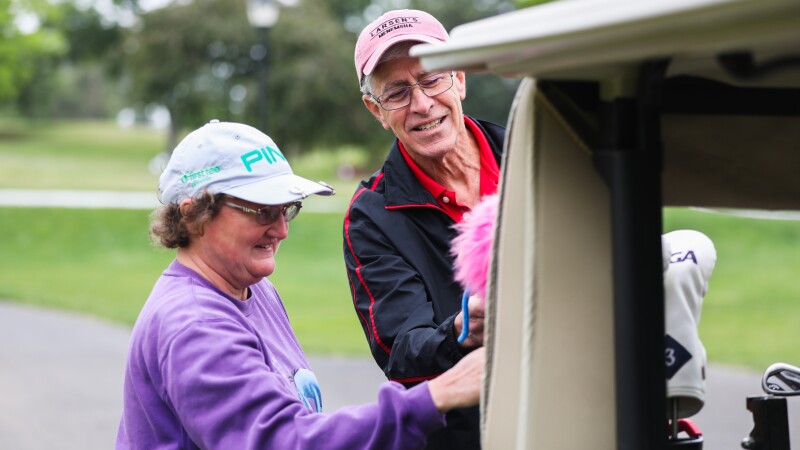 Golf wasn’t Grace Anne’s first sport. She began competing in Special Olympics at age 8 in track and field, eventually trying swimming, basketball, ice skating and skiing. She reached the 1991 World Games in Minneapolis-St. Paul when she was just out of high school, winning gold and bronze medals in the pool.

It was around that time that she got serious about golf, playing in a tournament with her dad as her partner. The partnership didn’t last long, because she didn’t need one for very long, but the warm relationship between father and daughter endures. Her mother is usually in the gallery giving hand signals when she competes, and she’s close with her two brothers as well. “It’s like a whole family kind of thing,” she says.

The law about stopping for a school bus

Bridge work over 95 will continue near Quantico